In warm climates, a majority of homes have air conditioning. It might be a luxury for some people, but for many others, air conditioning is an absolute necessity. Given how much power is needed for running them and how expensive the equipment is, we would like consumers to be knowledgeable about the air conditioning systems that are in their homes. Here are three frequently asked air conditioning questions.

What Is Air Conditioning?

Your home air conditioner’s job is moving heat from inside your house to the outside. This cools down your home and you. Cool air is blown into your home by the air conditioner through pulling heat from the air. This air is cooled through blowing it over an evaporator coil, which is a set of cold pipes. It works the same way that cooling occurs when water evaporates off of your skin. Refrigerant, which is a special liquid, is placed inside the evaporator coil. This goes from being a liquid into a gas as heat is absorbed from the air. This refrigerant is pumped outside of the home into another coil. Here the heat is given up and it is transformed into a liquid once again. 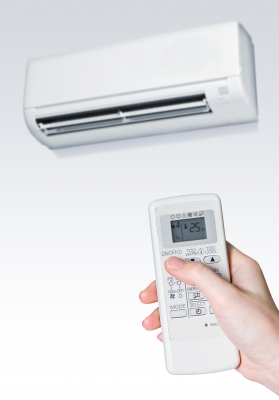 The outside coil is referred to as the condenser since the refrigerant is condensing back into a fluid from a gas, like moisture that’s on a cold window. The compressor is a pumped used for moving refrigerant between two coil and changing the refrigerant’s pressure. This allows all of the refrigerant to either condense into the right coils or evaporate.

What Tons Of Cooling Are

Before the invention of refrigeration air conditioning, large blocks of ice were saved for cooling. When cooling machines first began to be used, their capacity was rated by the equivalent quantity of melted ice in a day. That’s where “ton” comes from in air conditioning sizing.

The current definition of a ton of cooling is the delivery of 12,000 BTU/hour of cooling. British Thermal Unit is what BTU stands for (even though the British don’t use this unit). It refers to a unit of heating or cooling energy. However, it’s a lot more important to keep things in perspective and realize that usually a window air condition is less than a ton. A large home’s central air conditioner would be around five tons and a small one would be around two tons.